This episode I'm joined by table top game creator and narrative designer Geoffrey Golden to dissect humour, which we all know is everyone's favourite thing to do! I start by absolutely butchering Kevin MacLeod's surname and for that, I can never apologise enough. Once that horrible faux pas is left behind, we move on to the juicy topic how the mechanics of a TTRPG impact and guide humour within a particular setting, and ways you can use the mechanics to elicit emotion. Indeed, most games have something a stake, be it existential obliteration or a more personal plight, and DMs and players must remain flexible to ensure those stakes aren't undermined by goofs. There is often and underlying tug-of-war between immersion and humour, but it's more nuanced than that as humour can take many forms from in-universe tropes, through pop culture references, to meta table banter. Being aware of where the knot is on that rope is an exceptionally valuable skill for both players and DMs, to avoid tonal whiplash as one team slips up and the rope goes flying.

Full disclosure, the single moment of unprofessionalism in my entire career at 29:00 has been deliberately left in for historical and hilarity purposes. Please don't let me cease to be. 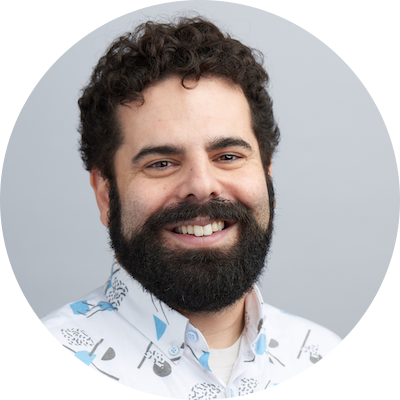 Geoffrey Golden is a tabletop game creator and narrative designer for video games from Los Angeles with a passion for interactive storytelling. His TTRPGs include Wet Hot American Summer: Fantasy Camp, Helm Greycastle for Image Comics, and the ongoing solo RPG email game Adventure Snack (adventuresnack.com). In video games, his credits include writing for Ubisoft, Capcom, Square Enix, and indie studios around the world.

Geoffrey lives with his wife Amanda, their cat Gilly, and a collection of cheap animation cels purchased at San Diego Comic-Con. The prize of their collection is a cel of MC Skat Kat lying on top of Paula Abdul from the “Opposites Attract” video.