This episode was recorded 8th April 2021 and includes lots of swearing, puns, and memes. You have been warned!

For this extended episode I gathered the cast of Cosmopunk, the actual-play homebrew Starfinder podcast, to discuss friction. Now, we do spend an awful lot of time talking about coffee, but nestled betwixt the brilliant puns and segues are nuggets of insight, raucous laughter, and life lessons. To begin, we discuss how drama between characters can cause friction at the table, and we talk though our various methods for dealing with it. The other side of the same coin is interaction between the players, and how that's fraught with it's own unique problems, exacerbated by playing remotely. Humans are social creatures, and so the lack of legitimate face-to-face communication can have a negative impact on TTRPGs. Eventually we get on to the topic of friction within a scientific context, and how that differs between fantasy (D&D) and science-fiction (Starfinder) settings. Don't worry, I got an 'E' in A Level Physics so the content is perfectly penetrable! Finally, listen to us realise in-situ that any friction between player characters and NPCs is, by extension, friction between the players and their DM. What this means for the game, and how you can use it to "fail forward", is discussed by this roguish group of experienced TTRPG'ers... and I'm also there.

Find the Cosmopunk crew on: 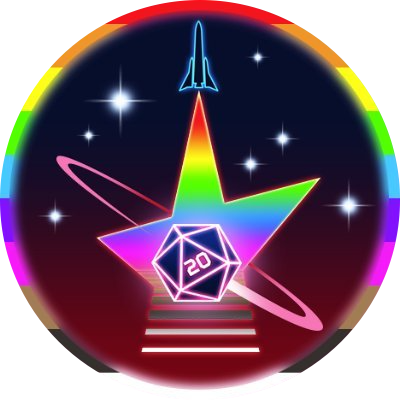 The Actual-Play Homebrew Starfinder Podcast with rotating GMs, based in the UK! Follow the misadventures of the Laika-7, a crew of disenfranchised alien mercs living on the lawless outskirts of Paizo's Starfinder Universe!