For this inspirational episode I'm joined by Russel E Welch III, owner of Lingering Shadows Productions and Dungeon Master for their Spawn of Chaos actual-play series. Inspiration is about bringing something exemplary, be that from yourself or your character, and being able to promote harness that inspiration is of critical importance. But before we get to the philosophical, we first talk mechanical. We've found players often hoard their re-rolls, for various reasons. This is perhaps a hangover from video game tropes, or due to confusion as to about what it allows you to do and when. Bardic Inspiration, Inspiration, and the Lucky feat are all similar but different in a few very specific areas, and it's a minefield for new players when trying to parse exactly what they're allowed to do. The flip side of that is coaching players through that learning process can make Game Masters almost feel like proud parents - it's an inspiration feedback loop where the players provide for the GM and the GM provides for the players. Much inspiration comes from within, and finding a safe and comfortable place to not only be creative, but share the fruits of those efforts is a difficult but worthwhile journey. One you never truly finish. 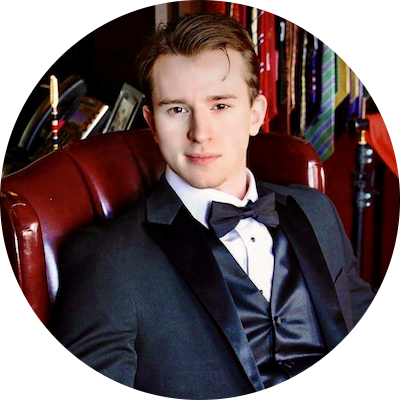 DM for "Spawn of Chaos"

Russell is the DM/Showrunner for the "Spawn of Chaos" franchise, 2 D&D actual play web series "The Heralds of Wayinar," & "Emissaries of the Ancients", as well as CEO of "Lingering Shadows Productions".