This week I'm joined by Aaron Saltzman (@five2lif), host of Feats & Fantasies actual-play podcasts Cataclysm Rising and Trivium of Time, to discuss everything about dice. We start by talking about how the requirement of random dice rolls fundamentally changes the nature of the "game" from what might be considered a "pure" role-playing experience. Despite my hypocrisy, Aaron and I share stories and anecdotes centred on dice and their oft whimsical nature. Although dice start as an esoteric prerequisite for D&D, they often transform into a completely different beast: a TCG-like collect-'em-up where it's worryingly easy to spend money on extra sets which are utterly surplus. Dice are possibly one of the only things that is the same for every D&D player, which brings us all together, no matter our differences. 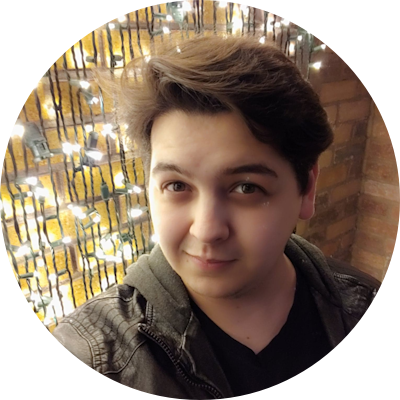 Aaron has been playing D&D since 2010 playing 3.5e in the basement of his best friend's house. Since then, he has become a media professional as an audio engineer, graphic designer, and visual effects artist. He is currently working as a producer and designer for his own company, Double Take. D&D and TTRPG's have become a passion that permeates through his life and the work. He plays in 2 bi-weekly consecutive campaigns and DM's a third one.

In 2013, he started his own media production company, Double Take, and in 2018 has used that as a platform to produce two D&D 5e Actual Play Podcasts: Feats & Fantasies | Cataclysm Rising, and Trivium of Time and several short films.

You can find him and his work on social media, IMDB, and Artstation.