This episode features the "Bard Killer" Seven from the 7th Roll podcast, and we talk all about the concept of death in our Dungeons & Dragons campaigns. We coin the phrase "murderhobo DM"; a DM who is more than comfortable with putting the PCs through some rough and tumble situations where death is a possibility. This can sometimes be at odds with a preciousness found in players who are attached to their characters, but if everyone is on board, this push and pull can make for great role play moments! One classic cause of PC death is player knowledge, or lack thereof. The player doesn't know everything their character does, and vice versa. As a DM, where should you step in to ensure this doesn't result in any untimely deaths just because of the unglamorous reason of miscommunication; where is the line in the sand? Ultimately, every kind of death in a TTRPG, not limited to the PCs, can and should be used to motivate role play. 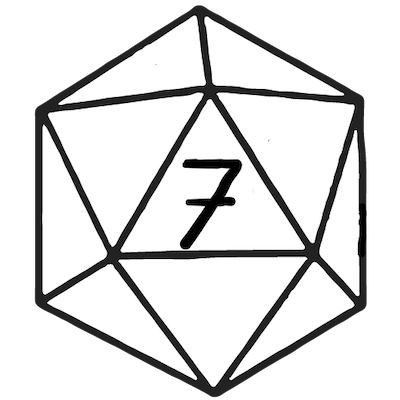 Real name is Lars De Groote, but people also call me Seven or Sevendrawstosix in English.
I run 7th Roll, a YouTube & Twitch channel where we play TTRPG's and TTRPGvideo games for funsies.
I've been running Dungeons & Dragons for six years now, running two different campaigns and the channels.